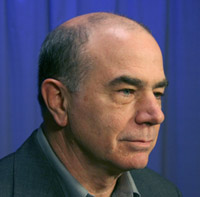 Trauma has hit our family twice.

In March 1991, I was in a head-on car crash with both cars going approximately 60 mph. I had my two sons (ages 3 and 13) with me. The paramedics called two helicopters. The first helicopter took my two sons to the Children's' Hospital Trauma Center in Washington, DC. The second helicopter flew me and the lady that hit me to the Suburban Hospital's Trauma in Bethesda MD. We all survived. Neither of my sons had life altering injuries. My 3 year old son, who is now 20, has little or no memory of it. My 13 year old son, now 30, has no physical or emotional problems.

My physical injuries healed fairly quickly and I was able to walk again in about 6 months. The injuries kept me from being active with my two sons and my daughter (who was only 3 months old at the time of the accident). The helpless feeling of having my sons taken by helicopter when I could not be with them has been a long lasting emotional struggle for me. I had nightmares for many months following the crash.

After a long time of denying it, I finally acknowledged that I feel like I abandoned my sons when they were injured. The accident was not my fault and I too was injured but I still have that feeling. I still startle easily (I think the term is hyper alertness or exaggerated startle response syndrome). I can't get into the back seat of a two-door car. I get nervous when driving on a narrow road. I can't watch movies, read about or listen to news about children being hurt (physically or emotionally). I kept thinking that there would be another accident so I was always "on alert." After about 5-6 years I convinced myself that what happened to me was a freak accident and that it couldn't happen again. That's when it hit our family again.

In February 1998, almost 7 years after my crash, my wife was on her way to return a video to Blockbuster when a drunk driver crossed the center line and hit my wife's car head-on. Although the cars were going slower than in my crash, my wife's injuries were substantially more severe.

She spent two weeks in Fairfax Hospital and another six weeks in a nursing home. She was completely bed ridden when she left the hospital. She came home in a wheelchair. Our son who was 3 at the time of my crash was 10 at the time of my wife's crash. Our daughter was only 7.

Taking my kids to the nursing home several times a week to visit their mother was very difficult and emotionally draining. The kids would cry when it came time to leave and didn't want to go. It was during the school year so they still had to go to school and do their homework. Sue's mother and sister alternated living with us for approximately six months. We have no family in the area so our local support system was limited to friends.

Sue's crash has been much harder on the family than my crash. Sue was gone for two months and came home in a wheelchair and was non-weight-bearing for several months after that. She had physical therapy almost daily for a long time. Over the next 5 years or so, she has had approximately 15 surgeries; we actually have lost count. After most surgeries, Sue would be in a wheelchair, then physical therapy until she could walk again. Then another surgery, wheelchair and therapy. It happened again and again. Our daughter had separation anxiety for years after the crash.

I kept my feelings to myself for seven years until I heard about Rebuild (a trauma support group at Fairfax Hospital started by Anna Bradford). I started attending the meetings and found that I was not alone in my feelings of anxiety, fear of driving, etc.. I felt "safe" in opening up with others in the group. Both Sue and I attend the Rebuild meetings and have given presentations to Fire & Rescue workers. We visit current trauma patients to give them hope and inspiration. Sue, our daughter Amanda, and I have spoken to social work classes on the effects of trauma on the family. I often wonder, Why us? Why twice in the same family? Maybe it was so I can be part of TSN and help others. I hope so.