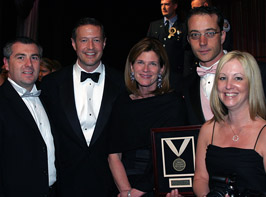 On the afternoon of July 4th, 2005 my husband and I received the phone call every parent dreads: Our 17 year-old son was being transported to the University of Maryland Shock Trauma Center after being in a life threatening car accident.

A celebration of freedom, encased with family and friends, was lost in the blur of hospital rooms and nurses. During his first few days at Shock Trauma, Justin underwent many life saving surgeries. Though he was in a coma there was nothing that could keep us from our son's side, praying that he would be healed.

During that time we were desperate for even the smallest glimpse of hope. One of Justin's nurses told us about “Carepages”; it was a way for us to communicate with our family and friends online. As we used the Carepages site it became a great therapy tool for my husband and I. Daily we would post updates on Justin's condition and in turn received many encouraging messages. Justin's Carepage is still active at Carepages.com, Justinb2988.

It took about thirty days for Justin to become stable while at Shock Trauma, but his battle was not over. In August, Justin was transferred to Kernan Rehabilitation Hospital to re-learn many every day tasks, like how to walk and talk again. While at Kernan there were many times Justin was rushed back to Shock Trauma for life threatening emergencies.

Finally in September, Justin was allowed to come home, only to be rushed back to the hospital several more times for serious health problems. His physical health is continually improving and we are still learning ways to manage the traumatic brain injury incurred from his accident.

This past year the Shock Trauma Center awarded Justin as their “Most successful life saving patient of the year”. Justin was thrilled! What a great opportunity to be able to personally thank all of the people who had saved his life at their annual gala.

Today, Justin still faces many challenges. Life is different, but it is only as hard as you allow it. He is determined to fight and desires to use his story to help others who may feel defeated.

On July 4th, people across America celebrate a day that symbolizes freedom and the victory that was gained through a battle. On that day in 2005, our family's battle not only began, but will forever be celebrated as one, that, though it was long, was triumphant.

Back to Stories from Family & Friends