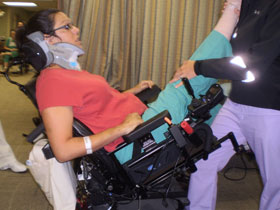 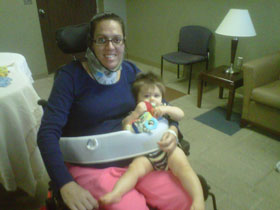 I was air lifted to Carolinas Medical Center with so much uncertainty. I knew this would be the beginning of a hard fight! I was ready and determined. I arrived at CMC with absolutely no feeling or movement from the neck down. My fingers were curled and I had no grip strength. Holding a cup or pencil was impossible. After surgery I had some feeling but no movement. I stayed in ICU for a week until I was moved to Carolinas Rehabilitation where I spent two months trying to regain some function back. During my rehab I had the BEST attitude and gave it 110%. I had my good days and my bad days but knew I was in the right place to beat my injury. My therapies were hard but I began to notice changes. 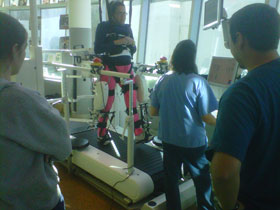 Things started progressing really fast for me but not as fast as I wanted them to. I had to learn patience. I had a huge support group that prayed for me daily. It was amazing. I kept telling myself that my SCI was temporary. My power wheelchair was temporary; the handicap van was temporary, etc. I never settled for anything less. After my two month stay I had some movement and feeling below the injury. I was so glad to be going home but I knew I would be faced with many challenges. 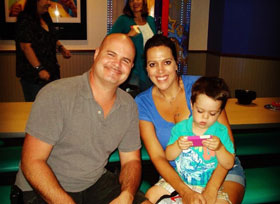 Home life was very different being in a wheelchair and I hated it but I kept making short goals for myself (in order to get out of the wheelchair for good). I had outpatient therapy for 10 months and by the time I completed the therapies I was walking without a cane. It was the most difficult task I have ever had to do but I got through it. One of my goals was to WALK on the beach with my two children. I accomplished it and then knew I could beat this injury even more. Two years after my injury I became yoga certified. 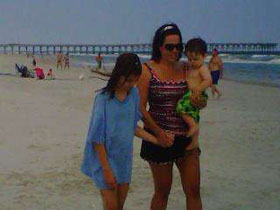 Today I can honestly say I've WON! I beat this horrible injury! I can walk, drive, and take care of myself and my children like I did before my SCI. Life is great right now. This injury has given me a new purpose in life. I love mentoring survivors through Trauma Survivors Network. I can give them a sense hope while they are trying to cope with a traumatic situation. I tell them a positive attitude and determination will go a long way in their recovery. 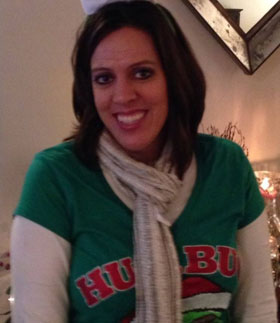