tell us about your trauma story

On Sunday, November 2, 2008, our youngest son, Matt, was cycling on the Blue Ridge Parkway with two other members of the University of Virginia triathlon team. They were about 45 miles into their planned 85-mile training ride from Charlottesville, Virginia, where Matt was a third-year student at UVA, up into the mountains of the Parkway. Matt was involved in a head-on collision with a car traveling at 40 mph, with the impact squarely into his face. When he landed, he was still clipped into his bicycle pedals, and for all practical purposes he was dead – not breathing, his face crushed, blood dripping from his ears indicating traumatic brain injury.Remarkably, immediately behind the car that hit Matt was another car and the driver of this car was an anesthesiologist at Martha Jefferson Hospital in Charlottesville. Mark Harris actually saw Matt land in the roadway following the impact from the accident, turning to his wife and saying “That boy’s dead.” He stopped his car, ran over to Matt who was not breathing, and used his medical training skills and experience to open Matt’s airway. Dr. Harris managed to keep Matt alive until he could be airlifted by helicopter to the University of Virginia medical center.

My wife and I, as well as our oldest son, were in Charlottesville that weekend for the football game against the University of Miami. We were about to board a flight back to the Philadelphia area where we then lived when we received a phone call telling us that Matt had been involved in a serious accident and had been transported by helicopter to the UVA medical center. When we got to the hospital, we were told that Matt would probably not survive his injuries. To relieve the swelling in his brain, the doctors put Matt into an induced coma. Later that evening, he underwent the first of many surgeries. Over the next several weeks, there were many ups and downs, highs and lows. Just about 72 hours after putting Matt into an induced coma, the doctors gradually brought him out of the coma and informed us that Matt was going to make it. Matt survived for many reasons, but primary among them was most likely his physical conditioning, the quick thinking and heroic actions of the first responders to the accident scene, the incredible doctoring skills of Mark Harris and all the doctors, nurses and other medical personnel at the UVA medical center, and the protection given to Matt’s brain by his helmet and by his face – we later learned that the air pockets in Matt’s face were able to cushion the blunt trauma from the impact with the car that hit him, with every bone in his face fractured or shattered, but the front of his brain kept intact.

Miraculously, Matt was released from the hospital less than four weeks after the accident, having undergone numerous surgeries (including two major surgeries to rebuild his face). He had an open tracheotomy tube in his throat and had lost considerable weight, with his mouth wired shut following the facial surgeries. To get out of the hospital, without having a feeding tube surgically implanted through his abdomen into his stomach (something Matt was adamantly against), he was going to have to demonstrate to the hospital nutritionist that he could consume at least 4,000 calories a day, by straw through a gap in the few remaining fragments of teeth he still had. And he did.

There were many other problems and issues to deal with, including extensive damage to Matt’s facial nerves making him look physically deformed, similar to a major stroke victim. But Matt was determined to get out of the hospital by Thanksgiving, and he did – on the eve of the holiday. There were continuing problems and issues to deal with, including rebuilding the jaw and, with time, beginning the process of removing what fractured or shattered teeth remained after the accident and inserting implants – a nearly two year process. But Matt was back in school before the end of January 2009, taking a greatly reduced course load but back nonetheless. He graduated on time in May 2010, was able to fulfill his dream of going on to medical school (at the University of Pennsylvania, where he graduated in May 2014 at the top of his class), was married to his high school sweetheart, Emily, who was with him throughout his ordeal, never wavering from her love and support, and in June 2014 began his residency in ENT/Head and Neck Surgery at the University of Virginia, working with the same doctors who had helped save his life and had rebuilt his face. He and Emily, who also did her residency at UVA, in Dermatology, had their first child, Anderson, at the end of May 2018. Next year, after finishing his residency at UVA, Matt will be at Harvard, having been selected for their Fellowship program in Facial Plastics/Reconstructive Surgery.

Matt’s recovery was remarkable and astonishing in many respects. His facial nerves healed and he no longer looks like a major stroke victim. The doctors had warned when Matt survived the accident that he would most likely never have a “normal” life – there would be, at best, long term and, perhaps, permanent brain damage. Going on to medical school was out of the question. Today, our son is an accomplished young surgeon, and has regained his good physical looks with only a few telltale signs (such as his trach scar) of his traumatic injuries. To demonstrate to himself that he had totally healed, physically and otherwise, from his accident, Matt decided to compete in his first Ironman competition in

November 2010, almost exactly two years after the accident and during the first semester of medical school at the University of Pennsylvania. After rigorous training throughout the summer before starting medical school, Matt and our entire family traveled to Cozumel, Mexico, where Matt competed in and completed the Ironman – 2.4 miles of an open water swim in the Gulf of Mexico, followed by 112 miles on the bicycle and finally running a marathon (26.2 miles). Matt finished with a time 10 hours, 30 minutes, putting him in the top 10 percent of all 2,300 competitors, including the pros. Clearly, Matt had fully recovered from his injuries, physically and otherwise, and he, and our entire family, were then, and always will be, incredibly grateful.

why do you want to share your story with other survivors and loved ones through the trauma survivors network?

When asked to share Matt’s story with others, I agreed for a few reasons. Matt’s story had first been told by Michael Vitez, a Pulitzer-prize winning journalist then with the Philadelphia Inquirer. Vitez first wrote a series of feature stories in the Inquirer about Matt and his remarkable recovery from his near-death accident; later on, he wrote a book about Matt – The Road Back, a Journey of Grace and Grit.
Matt’s story has consistently provided hope and inspiration to others. So, if sharing Matt’s story can help others, providing hope and inspiration where otherwise there is none (or very little), then that in and of itself is compelling reason enough.

After Matt’s accident, I was recruited to serve on the board of the American Trauma Society by Forrest Calland, the trauma surgeon who had admitted Matt the day of his accident. An integral part of the ATS’s mission includes the TSN program so, when asked to share Matt’s story, it just seemed obvious that I should do so. My service on the ATS board has made abundantly clear that there needs to be more focus and attention on the trauma victim/survivor as well as family members, and I serve on the board as a grateful family member of a very grateful patient. 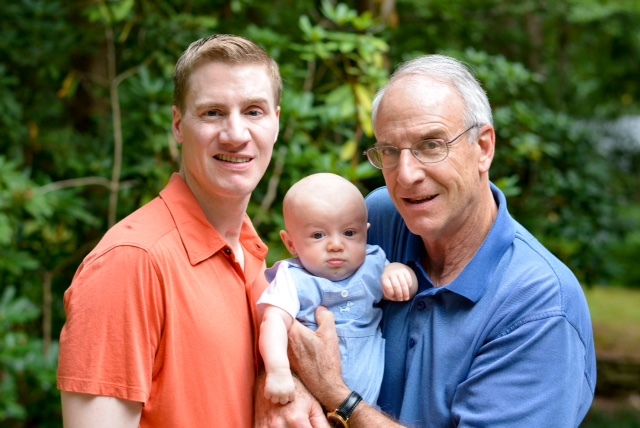