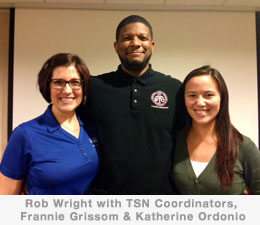 On August 23, 2005 I was in a motorcycle accident. To this day I still don’t remember the accident but have been told by a witness I knew driving the opposite way on the same road. According to this witness I was riding down the road, and a Caravan parked on the same side I was on, busted a U turn right before I got to her. I stood up and slammed my helmet down and collapsed. While still conscious I gave the EMT my name and mother info. Then I was induced into a medical comma. My injuries were the following; fractured my maxillary bone, right lung collapsed, severed my superior vena cava, liver laceration( they took off 60%), bruised my bladder, right femur broke into two and popped out of my skin, and broke my left foot in 3 different places in the metacarpals. It took 5 days to get me stable. During that time, there were multiple surgeries and I flat lined and they had to do an aggressive resuscitation on me. I woke up two weeks later in the hospital not knowing what had happened. The doctors kept my stomach open for three months just in case of any problems. Then they grafted the skin off my thigh to cover my stomach. Three months after that they cut the graft off to close my stomach back up but, by my stomach being open for so long when they tried to close me up the muscles tightened up and wouldn’t connect. So they pulled them as close as they could and attached them to a mesh in February 2006. There were no more surgeries since then until February 18, 2014. On this day Shock Trauma Team B, reconnected my stomach muscles and that was my final phase of recovery.

I have been involved with TSN peer visitation and support group since about 2010. While being a part of the first members, I’ve done countless peer visitations and probably missed 2-3 monthly support group meetings since 2010. I have also spoken to different groups within the Shock Trauma Center to tell them the benefits of TSN and my story.

TSN is a great benefit to new patients. It gives them a chance to see that there is life after trauma. It also shows them that life doesn’t stop with their trauma as long as they work hard to get back to normal because it isn’t an easy path. Patients are also able to ask questions of someone who has gone through what they’re going through which is not just a doctors perspective and at times respect it more from us. As long as a patient sees hope, they will have something to work towards and set goals for. Being a TSN volunteer, helps keep me grounded from where I came from and if me telling my story or talking to a patient makes them feel better and inspires them then I’m all for it. Stress will only hinder patients from healing and I let them know that. I turned my anger into determination during my recovery and before I knew it I was back to normal.