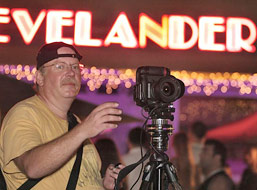 My trauma experience happened Nov 20th 1982. A friend and I were traveling home from a mutual friend’s house. Another driver, who had fallen asleep at the wheel, hit our car head on. It was an offset head on crash that crushed the passenger side of the car – I was in the passenger seat. I was pinned in the car for an hour and a half and it took quite an effort to cut me out of the vehicle.

I was very fortunate with respect to my injuries. I suffered massive chest trauma, but sustained no permanent or significant injury to the chest area. I suffered massive leg trauma and had a comminuted fracture of the right femur. I also cut my right eye badly, requiring about 100 stitches. There were other internal injuries that were undiagnosed at the time but did affect me many months down the road.

My physical recovery went very well even though I was uninsured. My leg injury was bad enough, but I was able to get back on my feet after about 5 months. I still have physical limitations but they are minor.

The larger challenge for me was the emotional recovery. I had other issues going on at the time; my mom died of cancer 6 weeks after I was cut out of that car, so there were a lot of issues for me at the time. It took years of struggle to get past that difficult period, but in retrospect; that period of my life ended up as a blessing. Often, the heights to which a person rises is equal to the depths they fall, that is certainly the case for me. My life is so much better and I am far more content and at peace than I could have ever achieved without the struggles I faced.

The true change agent though, was my faith. I began a faith journey after 9 years of struggle. It was clear that what I was doing wasn’t working, so I turned to the One who surely could bring the changes to my life I so desperately needed. What I have received from this faith journey far exceeds what I could have ever hoped.

My deep commitment to the Trauma Survivor Network for me is a way to see that trauma survivors everywhere finally receive the resources that few if any of us have had before.